A popular seaside resort, Portballintrae village is situated just off the Causeway Coastal Route Road, to the north of Bushmills and to the east of Portrush and Portstewart. Originally a fishing village, nestled around the horseshoe-shaped Ballintrae Bay, it was a cluster of whitewashed fishermen’s cottages nestling around the bay. Today, many of its earlier buildings have been restored and maintained, with several of its original houses still standing along the seashore. It also features buildings of historical interest such as the Seaport Lodge, built in the 1770s by the Leslie family as a bathing lodge. 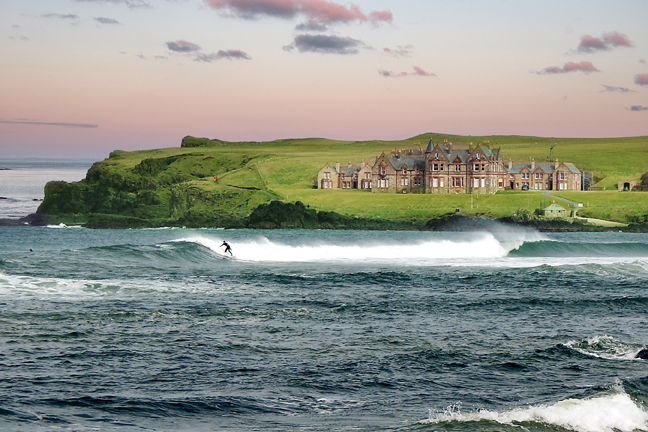